Hey there, Clawtropicans! If you didn’t know, 24 Carrot Island was released a few days ago! Well, actually, a remastered version of 24 Carrot released on Poptropica Worlds, and I find it a whole lot better than Crisis Caverns (sorry creators). 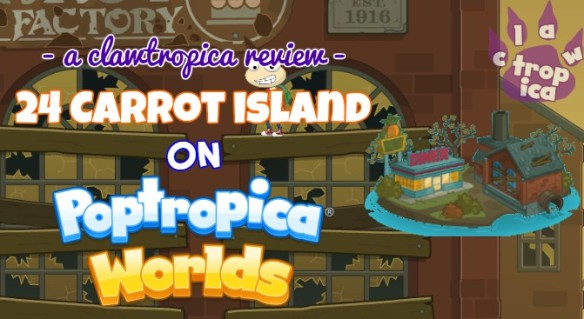 Anyway, please keep in mind that this post contains spoilers, so if you don’t want to be spoiled, I suggest you play the island before reading this post. With that said, let’s get started!

Since World’s 24 Carrot Island is a remastered version of the original’s 24 Carrot, the plot is really similar. Here’s a short summary: You land on the main street of the island, and the major tells you that all the island’s carrots have been stolen, and guess what? You have to be the one who finds them! Yaay! 😀

So, as long as the crazy thirsty carrot lovers cry because they don’t have their precious vegetable, your investigation begins! Anyway, since the story is really similar to the original 24 Carrot Island, so I’ll just add the changed parts of the plot:

This island in particular, is full of platforming and obstacle dodging. The biggest difference was probably the new mini-game which was introduced at the end of the island. In the original version, you moved the rabbot to hit four meteors. In the Poptropica Worlds version, the rabbot sends droids that you have to shoot with a laser canon from the factory. 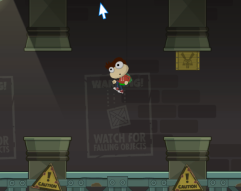 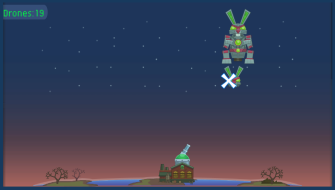 As of now, the best thing about Poptropica Worlds (in my opinion) is the art. The lighting, the shading, and the colors are placed so well. 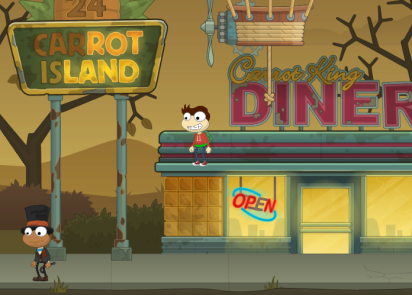 Look at those colors! Everything’s so amazing! Besides that, I have nothing else to add. Keep up the good work, Poptropica artists and animators!

This island is a great edition to Poptropica Worlds, in both storyline, gameplay and art. I could only complain that this island had too much back and forth and there were a few glitches, which is kinda annoying. Anyway, I give this island a…

Well, thanks for reading! Which version is the best in your opinion: the original, or Poptropica World’s reboot? Share your thoughts in the comments! That was Purple Claw, signing out until my next post!

p.s.: I apologize for the poor-quality made graphics. I installed a better editor, and I’m slightly improving, and thanks for sticking out! 🙂